In what year did the world’s longest passenger train, consisting of 70 coaches pulled by one locomotive, make its renowned journey of nearly 40 miles?

Find the answer beneath the photo of the Lake Wenatchee dining car, which is open to the public at the Lakeshore Historical Railway Society Museum in North East, PA. 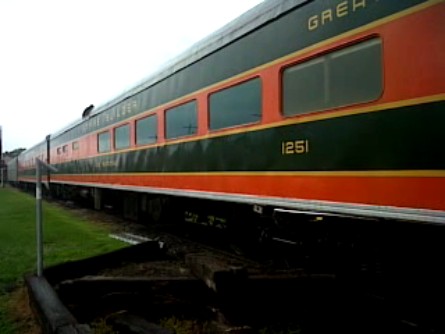 c – 1991, according to the Guiness Book of World Records website

The train was a once-off creation in aid of a Belgian cancer research charity called ‘Kom op tegen kanker’ (Fight Against Cancer) and its journey was broadcast live on Belgian television. It weighed 2,786tonnes and made the journey in 1hr 11min at an average speed of 52.8km/h (32.8mph). There were 216 people aboard the train, which consisted of four international coaches, one bar/dancing coach, 60 national coaches and five